A weekend in Edinburgh

When the plane landed the sun was shining intensly. Berlin had been grey for the past few days, and the weather report for Edinburgh didn´t promise better weather. And so, here I was, suprised by a flood of light and without my sunglasses. I took the "Airlink" bus to the Edinburgh´s city center ( Return ticket 6 GBP , aprox 30 mins to Waverly train station). The green landscape and the blue skies filled my eyes. A village of stone houses developed into a city during the trip which culminated with the magnificently delirious "skyline" of Edinburgh´s old city as seen from Prince´s street. Edinburgh was everything I did not expect. Beautiful and enigmatic at the same time. It constantly seemed to extend and abruptly end in front of my eyes. It even sometimes reminded me of the typical image of far west towns of Western films. It people were polite and good natured. Tourists like us abounded without becoming overwhelming. It ever changing topography fooled my sense of orientation. It gave the feeling of being small and yet we walked SO MUCH in the three days. 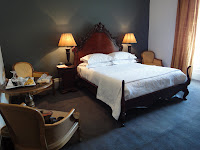 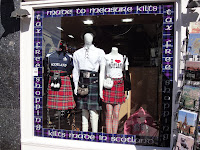 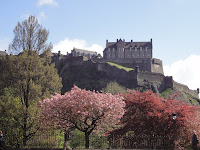 
Accomodation at the Dukes of Windsor Street hotel was absolutely FANTASTIC. It is a small hotel with personal service, very tastefully furnished and well located. A walk down to the harbor and Leith is an must see, especially on sunny afternoons. Typical dishes are the very British fish and chips and the very Scottish Haggis. I recommend you to try both. Haggis is a sort of sausage made of pork lung and has a very peculiar taste. If you like liver you will probably like Haggis as well. We had wonderful fish and chips and Haggis at the Monster Mash Café in a relaxed student atmosphere. Fair prices and big portions. 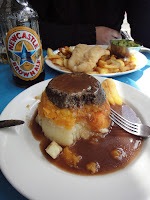 Edinburgh is a paradise for second hand store lovers. Many organizations such as Oxfam have shops all around the city offering second hand clothing at very good prices. Most of it is not real vintage, but nevertheless I found some great stuff. On our walks though we stumbled across a real vintage Emporium. Armstrong´s is Edinburghs largest vintage clothing store. "Est 1840 Armstrongs has metamorphosed into a cornucopia of vintage and retro delights." Wow what a great coincidence. Wigs, jewelry, jackets, shoes, feather boas, just name it, they have it! 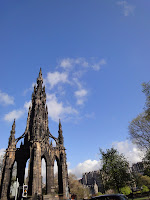 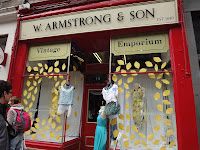 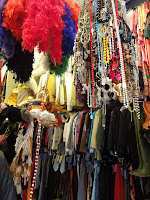 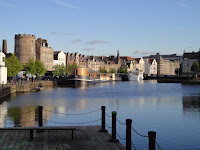