The Return of the Cadavre Exquis

Finally! After a long, long pause!

The "cadavre exquis" ( English: Exquisite Corpse, Spanish: Cadaver Exquisito) was widely used by surrealists as a way of entertainment and to develop creative abilities. Maybe you know this „game“ from your childhood. It is usually done on paper using text or drawings.

And here is the resulting story for this week´s Cadavre, a story between a woman and a mysterious man, which takes place between Amsterdam, Budapest and Brooklyn , with an exciting open end which opens up the possiblities for so many other tales!!

Thanks to all of those who contributed to the story. The cadavre exquis says: until next time! (soon, real soon)...

Click on the images to get a zoomed view: 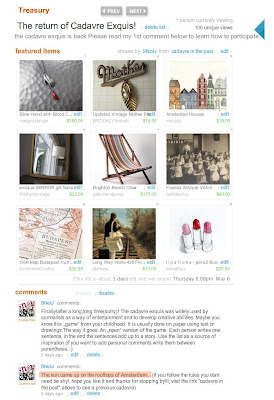 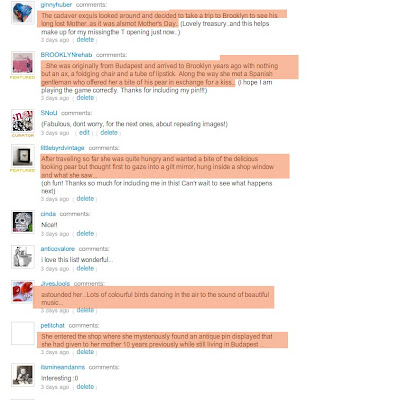 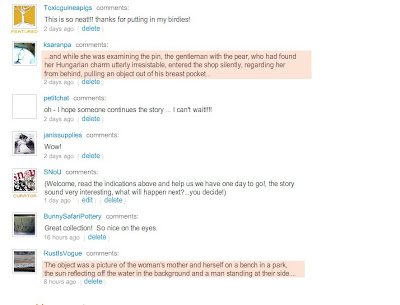 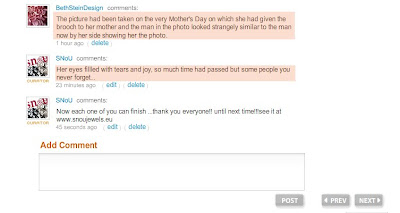